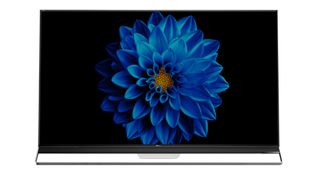 What to make of Hisense? The Chinese manufacturer has long had a reputation for affordable TVs, speakers, and assorted home appliances – though its growth in the television space has shown there’s far more to the brand than simply budget tech.

With ultra-thin models, forays into 8K and projector-television hybrids (you heard me), Hisense is proving a force of innovation in a rapidly evolving market, one where manufacturers are having to compete with new form factors like Samsung’s modular screens or LG’s rollable OLEDs.

Add that to a host of superbly cheap televisions – like the well-reviewed Hisense A6200 – and you have a TV-maker competing on all fronts, with real value on premium picture technologies like UHD resolution and high dynamic range (HDR), even if you’re not necessarily seeing these features at their best.

To keep you up to date with Hisense’s latest sets, we’ve put together this guide to every 2019 Hisense TV coming this year. But if none of them catch your eye, don’t worry: we’ll be sure to update this list as more sets get announced in the coming months.

Since 2015 Hisense has licensed the Sharp brand for shipping TVs in the US too, and even acquired Toshiba’s TV range shortly after, though we’ll be focusing here on televisions flying the ‘Hisense’ flag.

So what can you expect from Hisense?

For all the bells and whistles listed here, Hisense is a budget brand. You may not be getting the same guarantee of hardware quality or snazzy design as with the likes of Panasonic or LG, but the features you do get are usually a decent cut below the competition.

Hisense’s main buzzword is ULED, or ‘ultra LED’. ULED TVs still have LCD-LED panels, but use a metallic quantum dot filter – like the kind found in Samsung’s QLED TVs – to enhance contrast and definition. Hisense also ensures its ULED sets throw in improved motion rates and local dimming (for precise brightness control), so you’re getting an all-round upgrade compared to the rest of its TV range.

As of 2019, Hisense is also investing in OLED, the premium panel technology of the moment – though so far exclusively in Australia – and it's clear we're seeing a manufacturer keen to cover all bases.

There was chatter at this year’s CES 2019 expo about Hisense's new ULED XD display tech, which goes one better with a dual-layer panel (essentially a 4K color screen with an HD grayscale screen tucked behind it) to enhance local dimming and dynamic range – though we're yet to see any models announced with the new tech.

Hisense has also been carving out a laser TV range, which uses a triple-ray projector to get dazzling colors onto a TV screen, making use of the entire DCI-P3 color space. Do you need a TV and projector, rather than just the one? Maybe not. But for those who can afford it, the laser TV range offers something different.

In terms of smart platforms, Hisense uses a variety of UI – including the brilliant Roku TV – though it favors its own VIDAA platform for ULED-branded sets. Every ULED TV this year will feature version 3.0 of ViDAA, with full Alexa integration for voice commands, compatibility with Google Assistant devices, and automatic detection of other home devices like gaming console or Blu-ray players connected through HDMI. Hisense also promises "boot time[s] nearly two times faster than Hisense 2018 models."

Sometimes less is more. Hisense's Sonic One television is only 1.1 inches wide at its thickest point, without having to outsource its processing or speakers to an external system. That's thanks to a Piezoelectric speaker design that 'pumps sound from the panel' itself instead of through a traditional cone driver. No sizing or pricing yet announced, but expect it to cost a pretty penny.

Is it a TV, a projector, or a hybrid of the two? Hisense’s TriChroma TV essentially projects with three colored lasers onto a blank TV screen, and covers the entire DCI-P3 color gamut. Expect a five-figure sum, but a rich picture to match its price tag.

Hisense U9F Quantum Dot (2019): The Hisense 75U9F is a 75-inch Quantum Dot screen with Android TV, and over a thousand local dimming zones for keeping its 2,200 nits peak brightness in check. Specs-wise, that puts the U9F on par with Samsung's Q9FN QLED, which debuted in 2018 and became one of the best TVsof last year.

Your shopping cart is empty!